“Moon Shadow” is a 1977 fifty-foot yacht. A First-Class Vessel that flaunts her sails over open water while sharing the Hawaiian Islands. Comfort without comprising: “Life at Sea”. Projects focus on the refurbishment of a Sailboat and the removal of plastics from Oceans.

Captain Ron purchased “Moon Shadow” from the State of Hawaii. Couch-Sailing was established to help travelers avoid the high cost of Hawaii. Moon Shadow is not a Charter, she is a “share the cost” refuge of those that share talent, creativity, and resources.

Captain Ron made an appointment with the dry dock to take Moon Shadow; a 35-ton vessel out of water. During dry dock many expensive repairs were performed such as new cutlass bearing, shaft, dripless seal, bottom paint, replacement of valves and fiberglass.

The crew installed two new stainless tanks; one for fuel and one for water. Reinstall the original 4/236 Perkins diesel long with a rebuilt transmission. Bathroom project kicked off with full size bathtub in place and completed an engine room floor.

Focused on paying down the debt that was occurred due to all the changes and upgrades. Rejoined the U.S. Military and volunteered to deploy anywhere around the world.

Installed plumbing to drain away gray water from the full-size bathtub and installed a temporary bar in the galley. 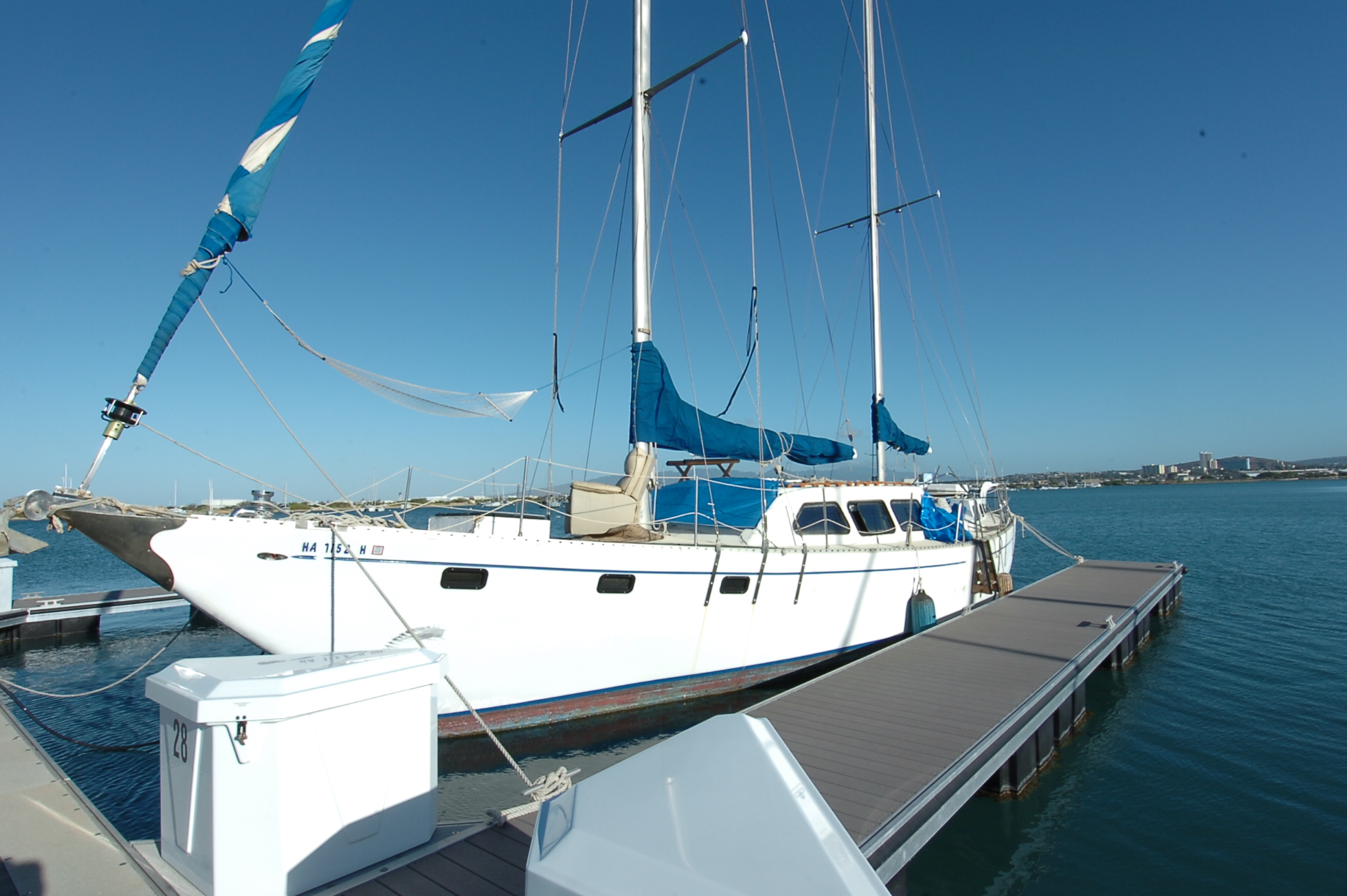 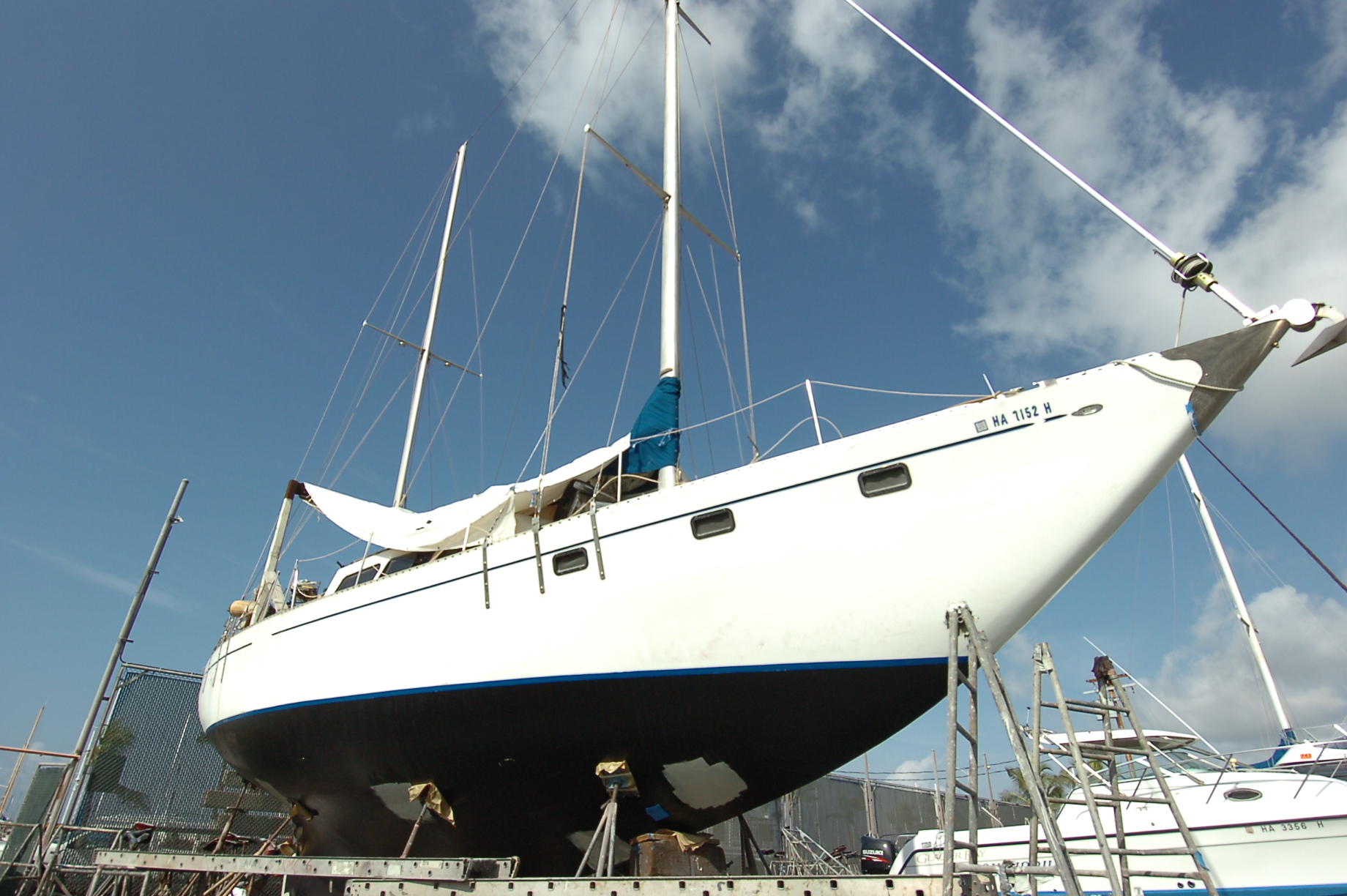 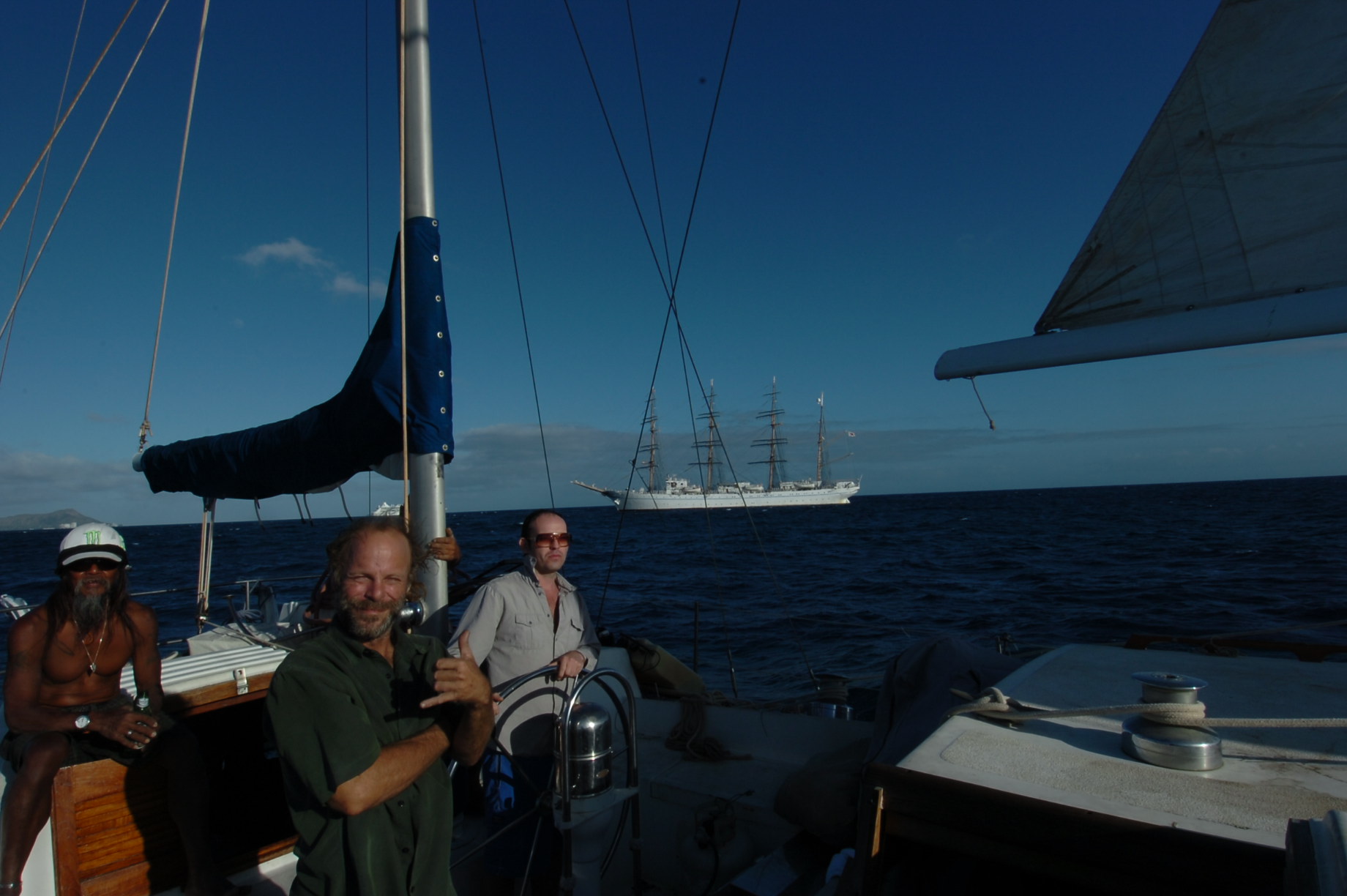 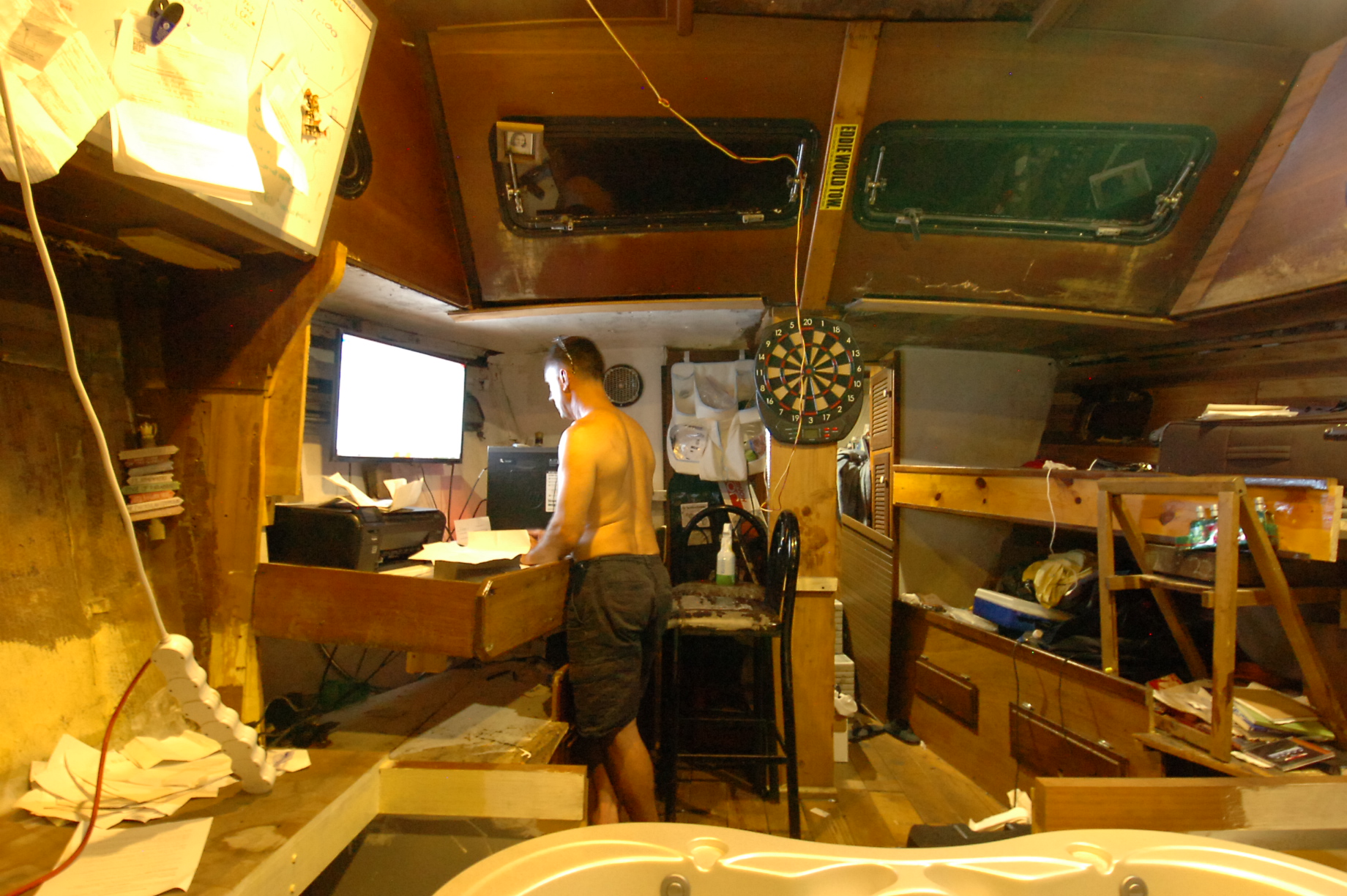 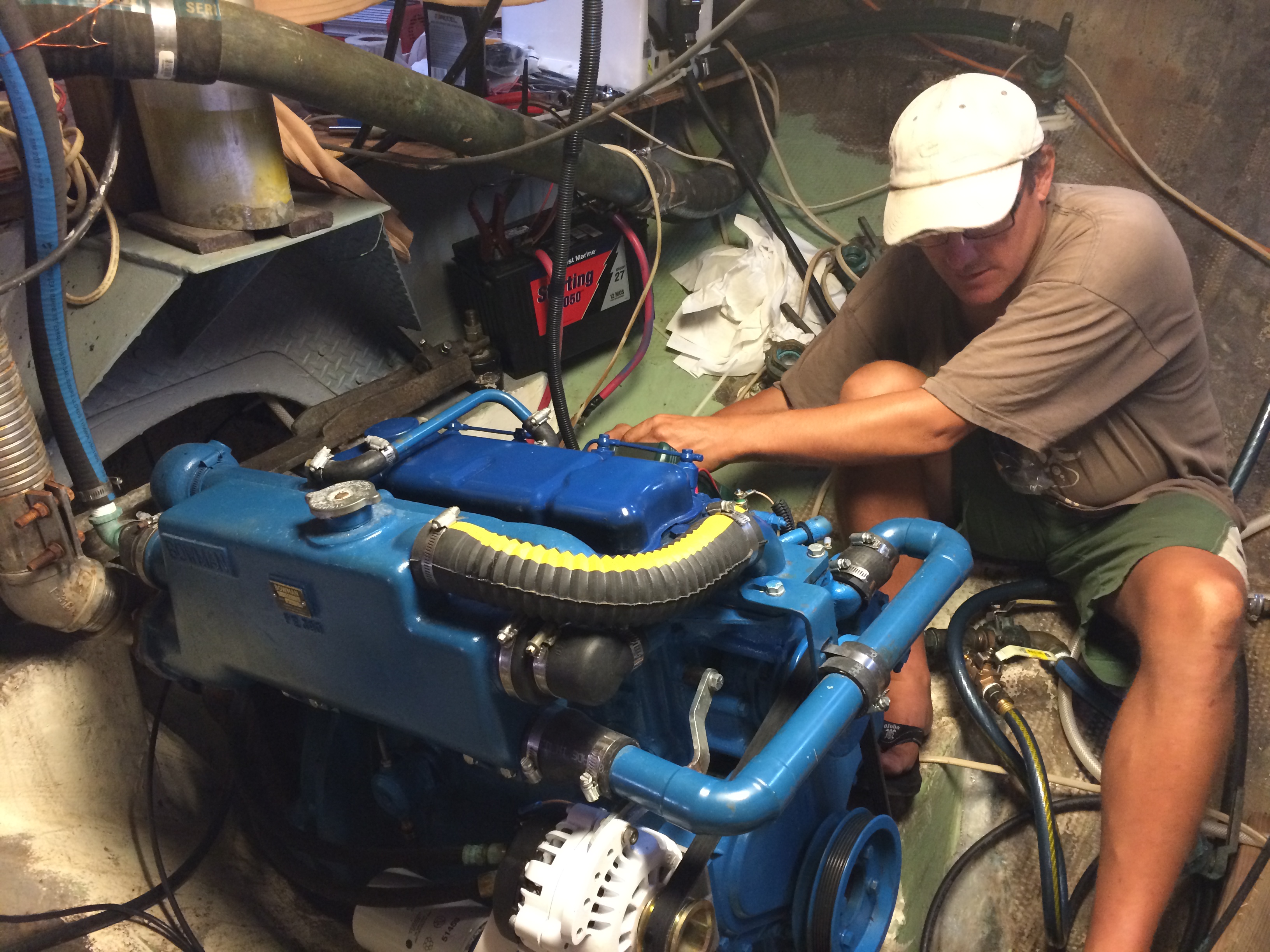